If you have Optimum cable internet, you will want to make sure that you have the best router for Optimum possible.

While Optimum might encourage you to rent a router directly from them, who wants to pay $9.95 a month for a router that is not even yours? It is much better to buy your own Optimum router.

Looking at Optimum compatible routers can be daunting, however. How can you know the type of wireless router that you really need to get?

You will need to consider your network’s needs before committing to one router or another.

Benefits Of Having Your Own Optimum Compatible Router 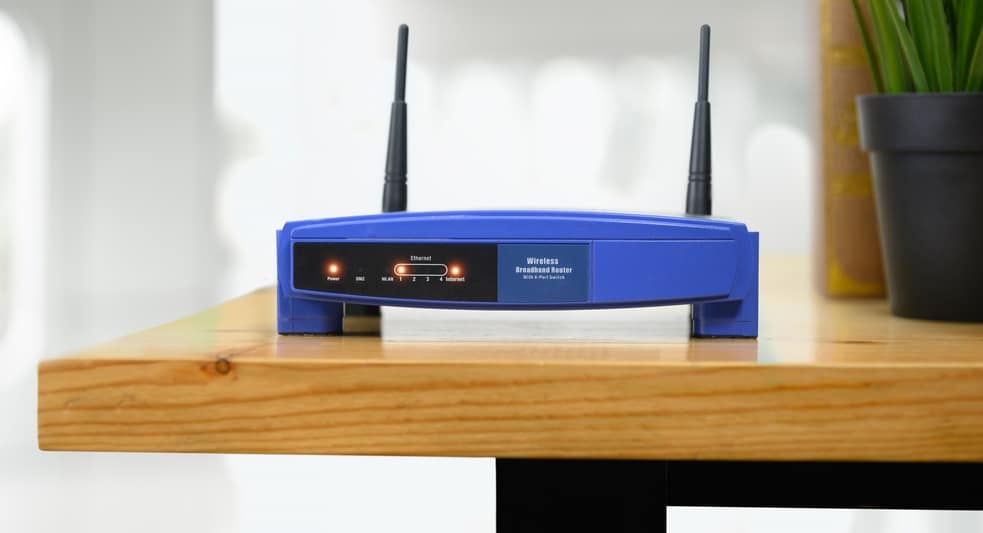 Buying the best router for Optimum rather than going with the router that they offer will allow you to choose a router with better speed and performance.

Keep in mind that Optimum packages really only have download speeds up to 400 Mbps, but, their routers do not even reach that speed. It is better to buy a router that has the top speed possible as well as all of the features that you want, whether it is QoS or MU-MIMO.

Save Money On Rental Fees

​Optimum will rent you a router for $9.95 a month. That might not seem so bad when considering the price of coffee, but $9.95 a month turns into $119.40 a year, which is exactly what you could have spent on a better router that works well for your network.

If you think about it, you will spend nearly $120 a year on a router that is not even yours. You still have to give it back to Optimum if you move or want to change your coverage.

Optimum has no idea what kind of coverage that you need for your network. Their router is designed to be limited and really work for apartments rather than larger houses. They do come in dual band, but what if you need a tri band router?

With your own router, you can get coverage reach 3,000 square feet if you need to, or even further with a mesh system. You are limited in bands and range with a rental unit.

Our choice for the best wireless router for Optimum is the high-powered and easy-to-use Linksys Max-Stream EA7500.

The Max-Stream EA7500 router has the standard router appearance. It is black, horizontal, and it has three external antennas. The antennas supply a great amount of range and can be pointed in the direction that needs the signal the most.

The setup for the router is easy and takes little to no time at all. It is more of a plug and play kind of set up. There is a quick start guide as well to help walk you through everything that you should do to be up and going.

​This router offers a high level of performance. It provides 4K HD streaming, which is great for networks that stream a lot from multiple devices. This can be especially handy with networks that have a lot of gaming going on. No one likes to experience a lag or buffering mid-game.

The speeds that you get from this router are also great. It can provide 600 Mbps at 2.4 GHz and 1300 Mbps at 5GHz, offering a combined total of 1.9 Gbps. Remember: the speed that you get is still restricted by what your ISP is giving you. If they do not offer speeds up to 1 Gbps, your router’s speed will matter less.

​When it comes to a high performance router, look no further than the Nighthawk R8000P. Nighthawk routers have a certain reputation for being extremely reliable, fast and on the ball with speed and performance. You can’t go wrong with this router.

​The design of the R8000P is unique, without a doubt. It does sit horizontally, like most routers. But there are six external antennas that are coming out of it. You can point the antennas in the directions that you prefer. It looks a little more like a drone than a router.

The design also includes Smart Connect and Circle App parental controls that will allow you to pause internet access by device, view site history, and filter websites for free. You can also set time limits and schedules. The app is great, but the settings cannot all be configured through the app and will need to be done on a computer instead.

​If you were looking for performance, look no further than the R8000P. This router supports up to 55 devices, which is perfect for the modern smart home. The coverage works over three bands to give you a combined total of 4,000 Mbps, which is outstanding, as long as your ISP allows it.

The router also has MU-MIMO, so on top of allowing the 55 devices to work on the router, it will ensure that you do not suffer any lag when streaming or gaming due to another device hopping on to do the same. It will allow you to stream without interruptions, delays, or getting kicked off.

​​Perfect Optimum compatible router ​​​on a budget is the TP-Link Archer A7. This router has fewer features than other routers, but it should still do the job well.

​The design of the Archer A7 is black and horizontal with three high performance antennas to give your signal an added boost. The power lights are easy to see since they are right on the front of the router. The LEDs will indicate connectivity as well.

​Even at a low price, the Archer A7 has good performance. It can reach up to 2500 square feet and its speeds can reach up to 1750 Mbps, providing 3X faster Wi-Fi than other traditional routers do. It is dual band and 2.4 GHz band boasts 450 Mbps while the 5 GHz has 1,300 Mbps.

The A7 offers 4K HD streaming capabilities, which you would hope to get from any modern router on the market. The Archer A7 also comes with QoS including bandwidth prioritization, ensuring the devices that you want connected with all of the bandwidth they need.

​If you are looking for more than just a router, but a modem router combo for Optimum, we suggest you look at the Motorola MG7550.

​The MG7550 features an upright tower design, which can keep your modem as cool as possible. The design also helps to save you space and it is easier to conceal.

The MG7550 comes with four Gigabit Ethernet ports so that you can plug in any device that cannot risk being kicked off your Wi-Fi as well as any device that you would like to be accessed from any device within the network, including printers. The MG7550 has a stable signal, but interruptions can interfere with anything that you might be streaming.

​The MG7550 has a dual band router with both the 2.4 GHz and the 5 GHz bands. Since the 5 GHz band is not as commonly used as the 2.4 GHz, you are more likely to have better luck streaming on the 5 GHz without interference.

The MG7550 has the Motorola Power Boost feature with the MG7550, which increases the overall coverage of the network and with speeds up to 650 Mbps, you should have enough power to effortlessly maintain signal throughout your network. The only downside that we found for this modem/router comb is that it is not intuitive with its setup.

​Some networks are larger than others. If you need extended coverage with your Optimum router, we suggest the Gryphon AC3000 router.

​The Gryphon has a more unique design than the average router. It is white and vertical, which will help keep the router cool while making it easier to blend in with your décor. The antennas on this high performance router are all internal, so there are no external pieces to get in the way.

The set up for this router is simple and straightforward, so you should be up and running in no time at all.

​The Gryphon is a powerful router. It covers up to 3,000 square feet, supplying signal as far as you need it. It also works as an expandable mesh system, so the more Gryphons you add, the further your signal will be able to go. It does not need more than one device to get to that 3,000 square feet in coverage.

It comes with tri-band radio, including a 2.4 GHz band and 2 5 GHz bands, which will keep traffic flowing steadily on your network, without interruptions. It is nice to be able to set some devices on one band and some on another, giving you a lot of flexibility to how your network works. It also has the MU-MIMO, which makes it easier for more than one user to stream at the same time.

Factors To Consider When Choosing A Router For Optimum Internet 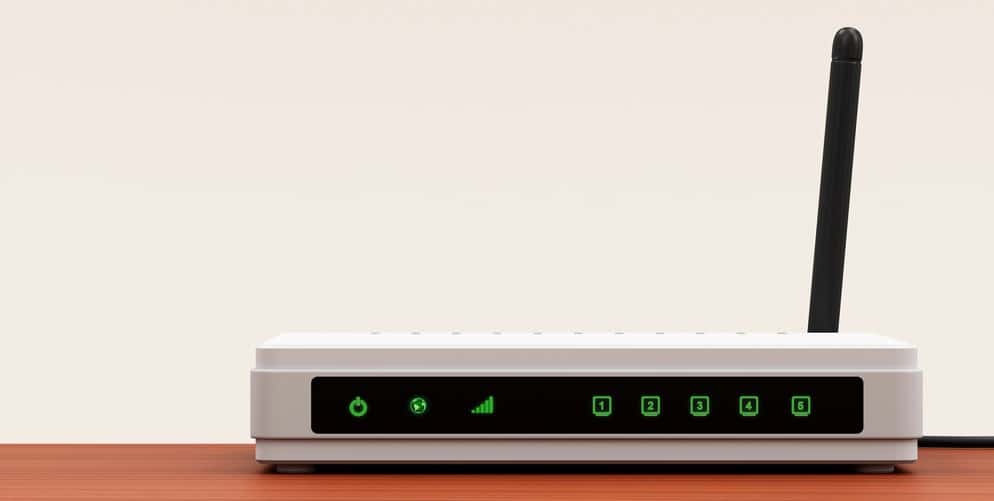 ​One of the most important things to remember when looking at routers is that the speed it offers is entirely limited by the speed package you get from Optimum.

If you have a slow package and a high speed router, it cannot go any faster than the speed that you are paying for. Also, think of it the other way. If you can get higher speeds with Optimum, get a router that is capable of more.

​Another consideration that you need to think about when shopping for an Optimum router is what size your house is as well as its shape. If you have a house with a lot of walls and corners, you will need a router than accommodate that kind of space.

You will want to make sure that you do not have any dead spots within your house that could interfere with your connectivity. Check the coverage before buying.

​The number of devices that you have connected also makes a difference when it comes to the type of router that you get. If you live alone with only a couple of devices, you will not need a router than can accommodate 55 devices.

Take into account how many devices that you have and what those devices will be doing online. So if you have heavy streaming, make sure the router can accommodate all of those devices.

This is a router with great coverage and performance that should be able to work well for the average home network.

But, it will not work perfectly for everyone. Everyone has a different network situation and will have different expectations from their router, such as speed, range, and even features.

If you have a network with a high amount of connected devices, you will be happier with the Nighthawk R8000P, which can support up to 55 devices.

Likewise, if you need extended coverage, check out the Gryphon router.