A 200Mbps internet connection is already pretty high-speed when compared to other forms of internet, but you will still want to have the best router for 200Mbps Internet that you can get.

That way, you will be able to maximize the types of speeds that you are able to get.

When shopping for a router, you will need to think about speed, features, amount of coverage, and what you are planning to do online.

The right router for you will not be the same as for someone else. This is how you can choose the perfect 200 Mbps router for you.

Factors To Consider When Getting A WiFi Router For 200Mbps Internet

One factor to consider when looking for the best router for 200 Mbps is the speeds that the router is capable of. You will want a router that is faster than the 200 Mbps to make sure that you are getting as much speed as you can.

Two other factors that you are going to want to look at are MU-MIMO and QoS features. MU-MIMO is a router feature that allows more than one user to stream at the same time from different devices. QoS is what allows you to decide which device gets priority over speeds.

The number of bands that your 200Mbps internet router has also makes a difference. Dual-band routers have become the standard everywhere, but single-band routers are still around.

Dual-band will reduce traffic congestion using both a 2.4 GHz and 5 GHz band. Tri-band routers have second 5 GHz band to direct traffic to as well.

The reach of your router also matters. Even if you do not live in a large place, walls and furniture can interfere with your WiFi signal. The more coverage that you can get, the better off your router’s reach will be. This often has to do with the strength of your antennas.

Our suggestion for the best router for 200Mbps internet is the Linksys EA9500 router. This is a powerful router that has three bands for you to make use of.

The Linksys EA9500  is large and would be impossible to hide if you wanted to try it. It has several multi-directional high-gain antennas that stick straight-up and make the design of the router even harder to conceal. You can’t stash it somewhere either or your signal will be interfered with.

The Linksys EA9500  comes with four Gigabit Ethernet ports to allow you to wire in any devices as well as a USB 3.0 port for ultra-fast speeds. These will make it easier for this router to work with more than one device as well as to access a storage device within the network, if that is something you want.

The Linksys EA9500  router is built to perform. The router is capable of speeds up to 5.3 Gbps. It also has MU-MIMO technology on board as well as 4K HD streaming. That will make streaming or gaming on this router incredibly easy.

The Linksys EA9500  router also has Airtime Fairness, which will ensure an equitable distribution of WiFi to different devices. This can reduce lag, especially if another device begins to use the bandwidth at the same time.

The Linksys EA9500  allows over 25 wired devices to be connected at the same time, which is perfect for the average modern home that has a lot of streaming devices. It also can cover up to 3,000 square feet. The 4K HD streaming technology is not just great for streaming videos, but it is also good for online gaming.

The best router if you have 200Mbps internet that is high performance is the Netgear Nighthawk RAX120. This is an incredibly powerful router that can handle anything that you throw at it.

To begin with, the RAX120 is a large router, so it takes up a lot of space on your shelf. It will need to be kept well-ventilated to prevent it from overheating. Instead of external antennas, the RAX120 has two large fins and the high-powered antennas are hidden within the fins.

Furthermore, the RAX120 has two USB 3.0 ports to connect a printer or other device to. It also has a 2.5/5G Ethernet port that you can plug a device directly into. Even better, the router has four 1 Gigabit Ethernet ports to work with.

The performance of this router is amazing. The RAX120 has Beamforming+ to further extend the overall reach of your router, ensuring that all of the device in range can easily have good coverage. In fact, it covers up to 3500 square feet in coverage, which will easily cover the average network.

Remember this is a 12-stream router, so it can support more than one device at the same time. In fact, it can support several devices. This router can also reach up to 6 Gbps, but you won’t get that with 200Mbps internet.

If you are working within a budget and still need a great router for your 200Mbps internet, we recommend taking a look at the TP-Link Archer A9. This is a reliable router that will do its job well.

The design of the Archer A9 is pretty basic. It is a horizontal router with three high-gain antennas coming out of the back. The antennas can be placed in any direction that you would like the signal to be directed at to better focus on where you want the signal to go the most.

Additionally, the Archer A9 comes with 5 Ethernet ports, allowing you to plug in whatever device really needs that consistent connectivity. Looking at its security, this router has parental controls, access control, and even a VPN server.

For a budget friendly router, the Archer A9 still has a lot of great performance features for you to work with. The Archer A9 has MU-MIMO technology built-into it, so you will be able to have more than one device streaming at the same time without any kind of buffering.

The Archer A9 is a dual-band router, so you will be able to put your streaming devices on the 5 GHz band and leave the basic browsing devices on the 2.4 GHz band. Speed-wise, you could get up to 1300Mbps with this router, but will be limited by your 200Mbps plan.

If you are working within a network that needs extended coverage, we suggest the Gryphon AC3000 router for your 200Mbps internet. This is an amazing router that is full of the latest technology.

The Gryphon is a more original design than the other since it has a white casing and stands vertically, keeping the router cool while making it easier to blend in with your walls. The antennas with this router are all internal, so there are no unsightly pieces sticking out of it.

The set up for the Gryphon router is simple and straightforward, including when you want add on new Gryphon routers to further extend the coverage. There are also parental controls and other security features that will give you peace of mind.

This is a tri-band router with a 2.4 GHz band and two 5 GHz bands, so traffic flowing steadily on your network, without interruptions. It also has 4x4 MU-MIMO technology, making it easier for more than one user to stream at the same time.

The last router that we will look at is actually a modem router combo unit. This is the Motorola MG7550. This is a cable modem with a wireless router, giving you the best of both worlds.

The design of the MG7550 includes a tower. Towers offer an excellent amount of venting so that the device will stay cool without any trouble. This increases the longevity for the device as the components will not have an opportunity to overheat and breakdown like a horizontal unit.

The MG7550 also comes with four 10/100/1000 Gigabit Ethernet LAN ports to provide you with wired connections to computers, HDTVS, gaming consoles, or any other device. The firmware on this device is not easy to upgrade, however.

The performance of the MG7550 is good, especially for a combo unit. The modem part of the device comes with Motorola’s Power Boost which is designed to increase the strength and range of the wireless signal. It also has Beamforming technology which can really help you hone in on the devices that need a stronger signal.

What's The Average Download And Upload Speed Of The 200Mbps Internet? 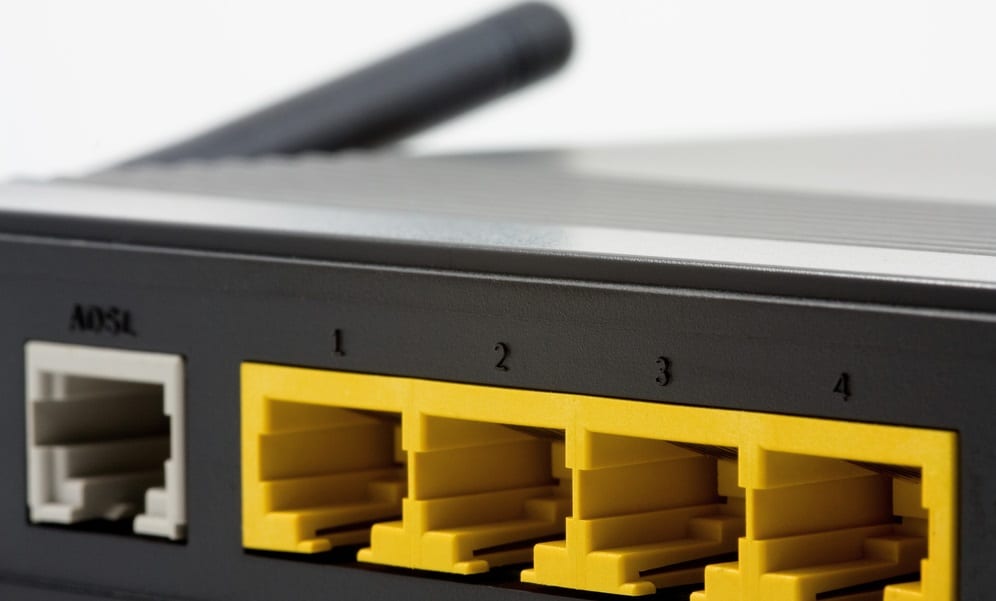 It is natural to hope that you can get the full 200Mbps that your internet advertises, but the reality is different. There is not a straight answer to how much speed you will actually get, however. The amount of true speed that you get depends on a lot of variables.

If you have close neighbours who are using the same internet, you will have less speed, because they are congesting traffic. The layout of your home, including walls, can slow down your wireless speeds.

The only thing that you can do is run a speed test and see how far off your internet is from the 200Mbps package.

The best router for 200Mbps will depend a lot on your network’s needs. Ultimately, you will want to get the most out your speed abilities.

Regardless, the best router that you can get is the Linksys EA9500 router. It is a high-powered, versatile router that will really get the job done.

The RAX120 is even more powerful, if that is something that you need. You might also want the Archer A9 to get something that is more affordable for you.

No matter which router you wind up with, you should make sure that will not just work with the 200Mbps speeds, but have all of the features that you really need.

RiverstoneNet is supported by its audience. We receive a small commission from the affiliate links in this post, at no extra cost to our readers.

As an Amazon Associate, I earn from qualifying purchases.